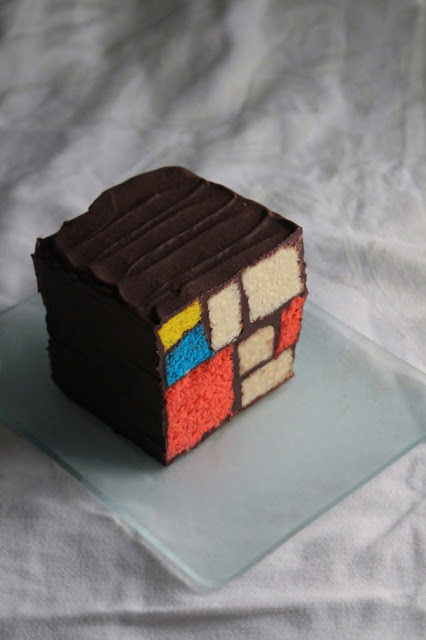 Do you know of Piet Mondrian? 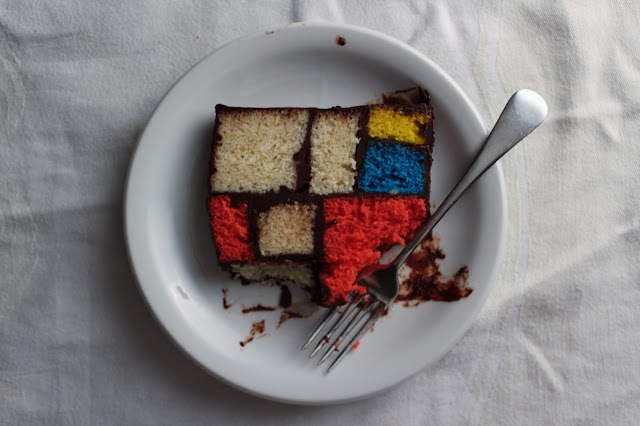 Dutch painter, theorist and draughtsman. His work marks the transition at the start of the 20th century from the Hague school and Symbolism to Neo-Impressionism and Cubism. His key position within the international avant-garde is determined by works produced after 1920. He set out his theory in the periodical of De Stijl, in a series of articles that were summarized in a separate booklet published in Paris in 1920 under the title Le Néo-plasticisme (see Neo-plasticism) by Léonce Rosenberg. The essence of Mondrian’s ideas is that painting, composed of the most fundamental aspects of line and colour, must set an example to the other arts for achieving a society in which art as such has no place but belongs instead to the total realization of ‘beauty’. The representation of the universal, dynamic pulse of life, also expressed in modern jazz and the metropolis, was Mondrian’s point of departure. Even in his lifetime he was regarded as the founder of the most modern art. His artistic integrity caused him to be honoured as a classical master by artists who were aligned with entirely different styles, as well as by musicians and architects. He was able to make a living from the sale of his works in the Netherlands, Germany, Switzerland, England and the USA.
© 2009 Oxford University Press
TL;DR 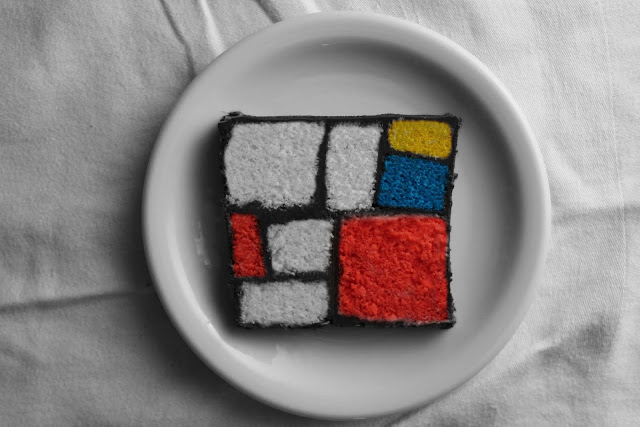 Basically, he represented a change in the art world from the Hague School/Symbolism to Neo-Impressionism and Cubism.
Yes, that was all from the second sentence, and no, I didn’t read past that.
But, yeah.  We’re here to talk about cake.
Cake art.
Art cake?
Either way, this is a cake inspired by Mondrian, via SFMoMA’s awesome, kick-ass cafe, an extension of Blue Bottle Coffee.
Head pastry chef Caitlin Freeman makes a Mondrian cake, among a myriad of other, incredible desserts inspired by modern art.
I fell in love with this cake.
As my father said, it’s so me.
So fussy.  So intricate.
So head-hurting, brain-frustrating, concentration-heavy.
So complicated and irritating.
I love it. 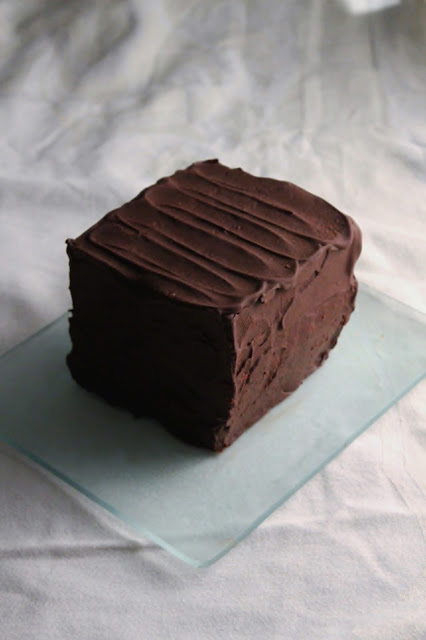 But! My cake didn’t come out quite how I wish it did.
I should have used a few different pans, which I was going to.
Instead, I used one very huge lasagna dish, plus one loaf pan, to bake my cakes.
It made the job a lot more lopsided and tricky, because I had to try to fit all the pieces and ended up with a ton of leftovers when they didn’t fit.
I should have used a protractor, to get all my lines just right.
I shouldn’t have used a serrated knife.
I still need to figure out how to make cakes with tighter crumbs.
I didn’t cream the butter and sugar, for this cake, because I know that creates air bubbles which create a light and airy texture in the finished cake.
It still didn’t quite make it to the tight crumb of a pound cake, which is where I wanted it to be.
And yet, I am pleased.  It is okay.  It is a first attempt at making a wacko battenburg cake.
And I did it sans recipe or guide, with just an idea in my head and a sketch of my own Mondrian-inspired idea.
Actually, I had to make a few sketches.  It gave me an excuse to break out my crayons.
God, I love crayons. 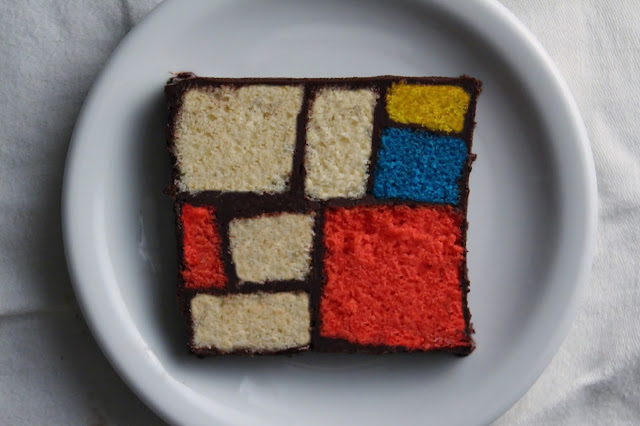 I completely and utterly winged this cake, by making a lot of sketches and baking a huge white velvet cake.
I don’t own Chef Freeman’s book, but if you’re interested in making this cake, I suggest you buy the book/follow her instructions.
Do you see her Mondrian cake?  Amazing.