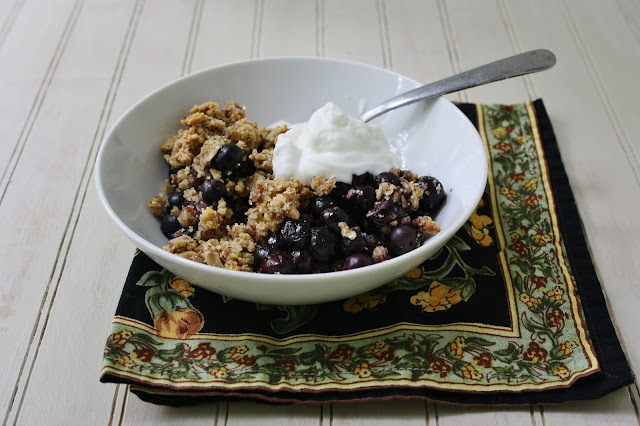 Zaftig blueberries, people.  Get your minds out of the gutter. 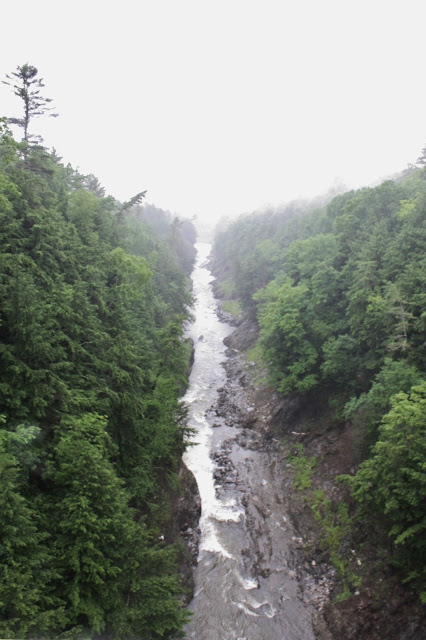 I think zaftig is the perfect adjective to describe blueberries, especially those which have been blanketed in delicious crumbles and baked until just about ready to burst.
Pleasantly plump.
Outrageously juicy.
This is a vegan, gluten-free, refined-sugar-free, white-tee-staining, antioxidant-bursting, blueberry crisp.
(Well, vegan until I added a dollop of cold and creamy Greek yogurt.  Sue me.) 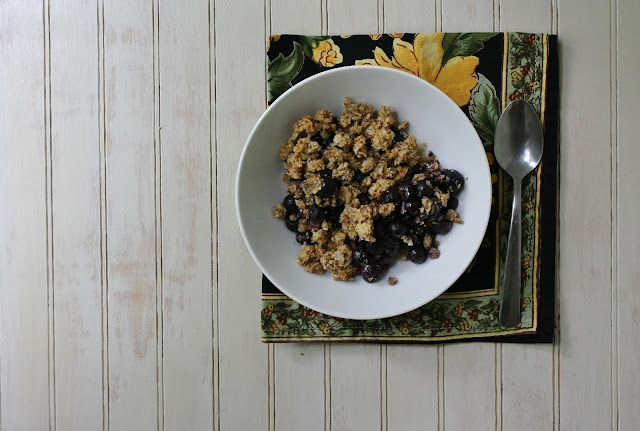 This crisp is sweet enough, even without any refined sugar, to serve with unsweetened plain Greek yogurt.
Forget the crisps and crumbles served with ice cream.
This one is healthy enough to eat for breakfast,
satisfying enough to eat for lunch (ahem),
moreish enough to eat for a snack during a movie, and
tempting enough to still call you back for an evening sweet.
It’s good.  Real good. 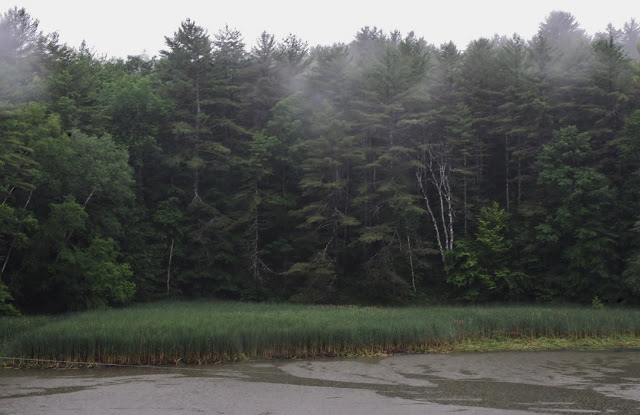 The only sweetener in this crumble is maple syrup, a few good glugs of it.
I was just in Vermont/New Hampshire and bought some maple syrup.  I promptly came home and put it to good use in this crisp.
JK I used my already opened quart of syrup that was in the fridge.  Let’s just say it was inspired by my trip.
(Note: I still haven’t found/bought/even tried any Grade B… Who knows where I can get my sticky, grubby paws on some?) 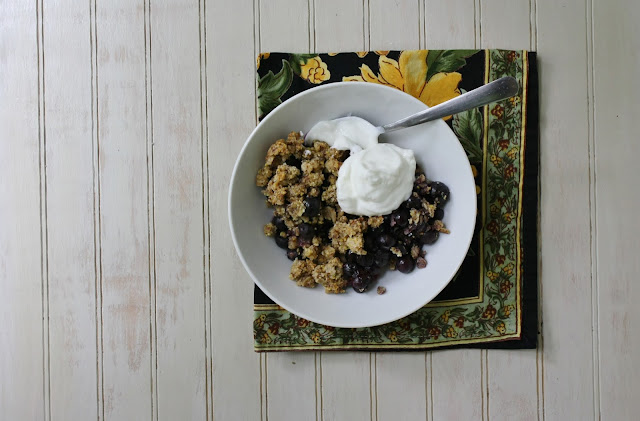 While in New Hampshire/Vermont, I went on a long hike in the pouring rain.
Pouring as in so wet that you throw out your socks after the hike.
Pouring as in so wet that your baseball hat had its own rain cloud directed straight in between your eyes.
Pouring as in so wet that everything in your waterproof backpack is soaked.
I wrapped my camera up in two plastic bags and braved the cold, bone-soaking rain.
I loved it!  I love the rain; I figure, once you’re wet, you’re wet.
My camera… not so much.  Although the body didn’t get wet at all, there were a lot of raindrops that I ended up having to edit out of my photos.  Some were too impossible for even the clone tool to fix.  Sigh.
(I was right along the Connecticut River, and was in both states multiple times.  I don’t know whether to say VT or NH.  Both seem misleading.  I’ll go with NHVT.  Nahv-t.  Then I’ll sound really intelligent.) 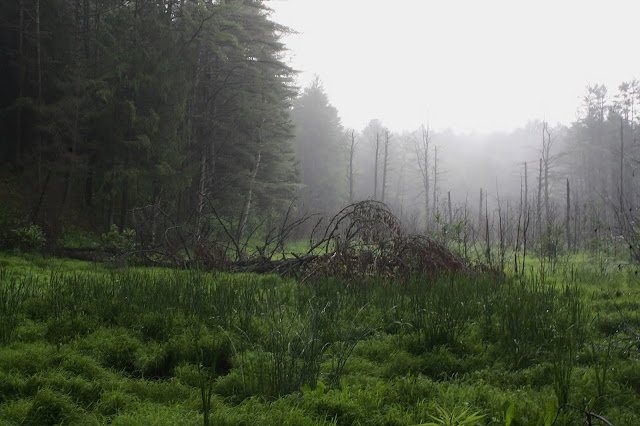 The photos you see here (photovomit, sorry!) were taken in the Quechee State Park, which has a breathtaking gorge.
Unfortunately, later in the day, just as I was driving out of Vermont, the sun came out and the lighting was perfect, unlike earlier, when it was raining buckets.
That’s life for you. 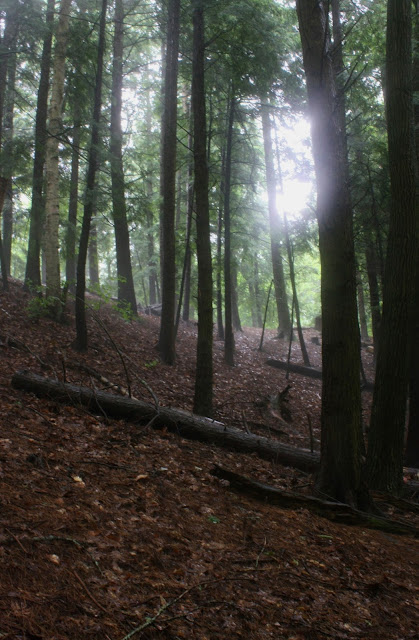 The park is gorgeous- I found a large swath of dead forest, which seems to have been burned out.
It was hauntingly beautiful in all the mist.
I also found a lot of discarded garbage from disrespectful campers.
Seriously?!  Take out what you bring in.
I was immensely saddened by all the rubbish lying about.
How could such a pristine place be downgraded like this?
Pick up after yourself.  Nature doesn’t appreciate slobs. 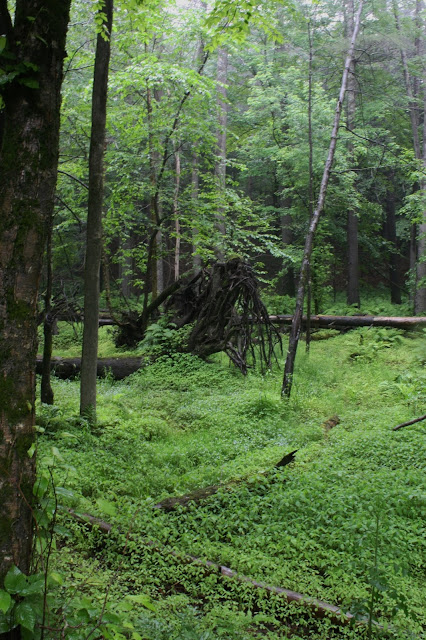 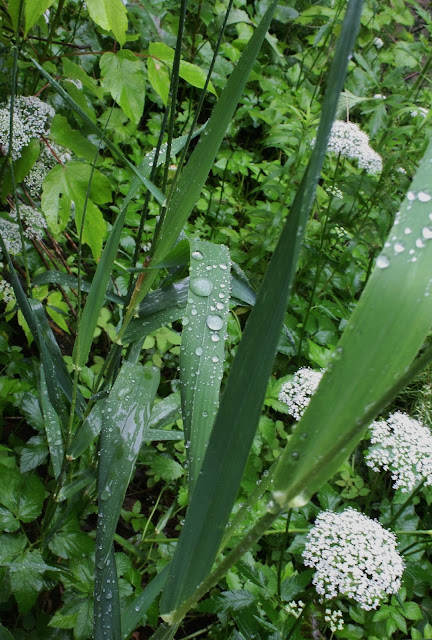 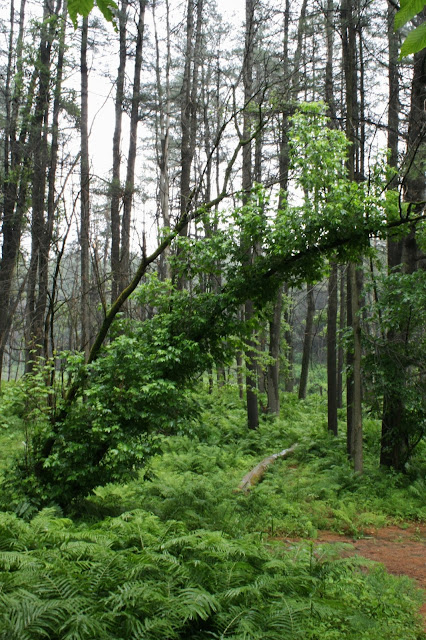 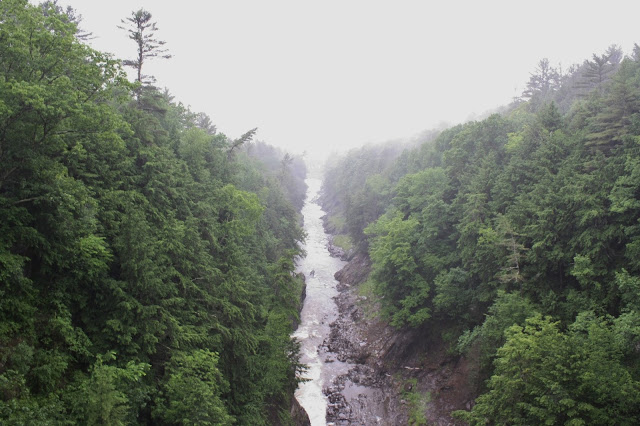 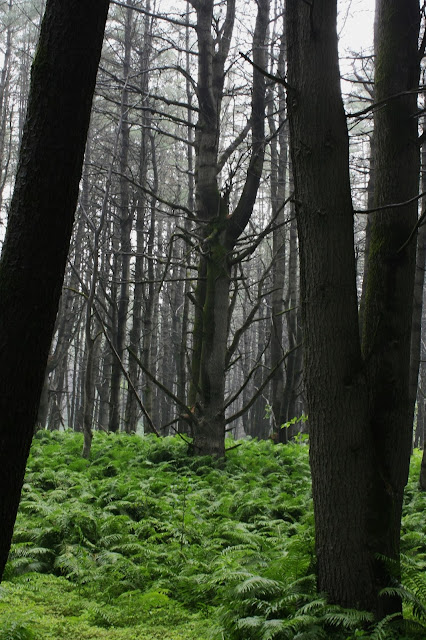 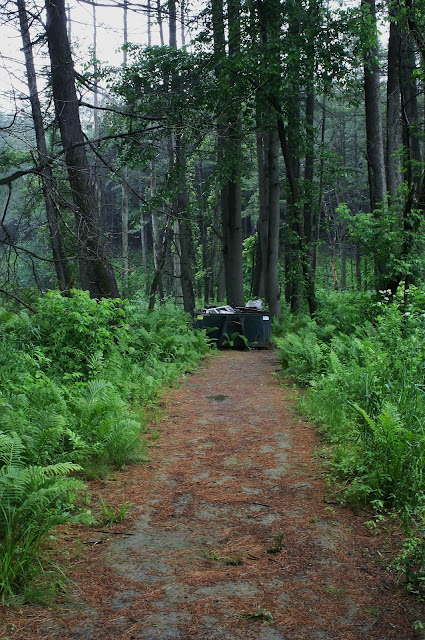 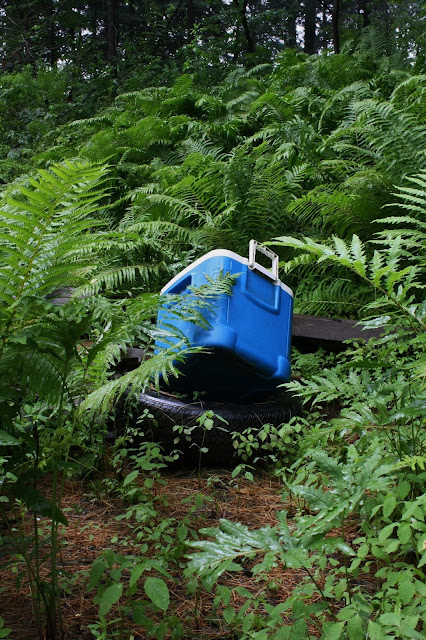 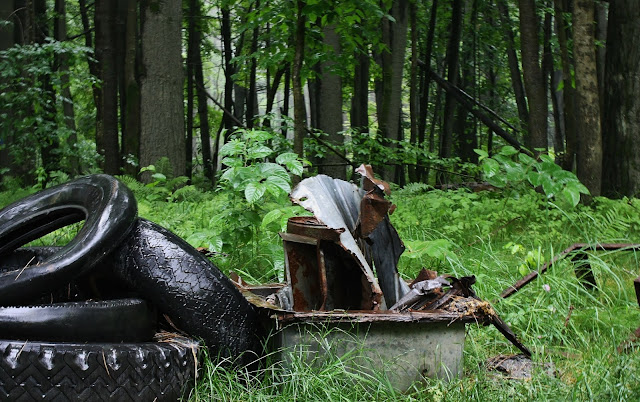 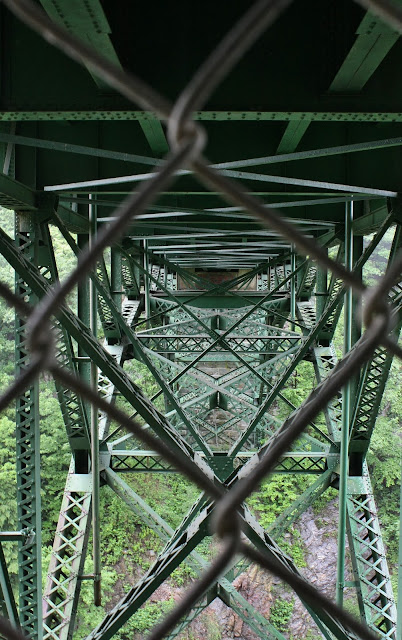 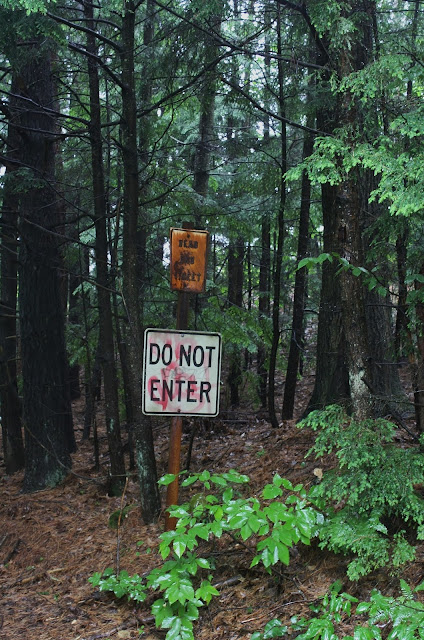 Dietary-Restriction-Friendly Blueberry Crisp
ingredients:
2+ pounds (900 grams) fresh blueberries, picked over (enough to fill/heap up in your baking dish)
drizzle of maple syrup (depends how sweet your berries are)
100 grams hazelnut flour
100 grams oats (make sure they’re certified gluten-free if you intend on serving this to gluten-free guests/friends)
80 grams cornmeal
120 grams maple syrup
80 grams coconut oil
pinch kosher salt
directions:
Preheat oven to 350 degrees F.
Place the blueberries in a 10×6 inch pan.
Drizzle maple syrup over them, if desired (I used 2 tablespoons or so).
Stir the hazelnut flour, oat, cornmeal, and salt together.
Add the maple syrup and coconut oil and stir until combined.
Sprinkle the crisp topping over the berries.
Bake for 25 minutes, until the top begins to brown deeply.
Cover with aluminum foil and bake for 15 more minutes.
Allow to cool slightly.
Serve with plain Greek yogurt.