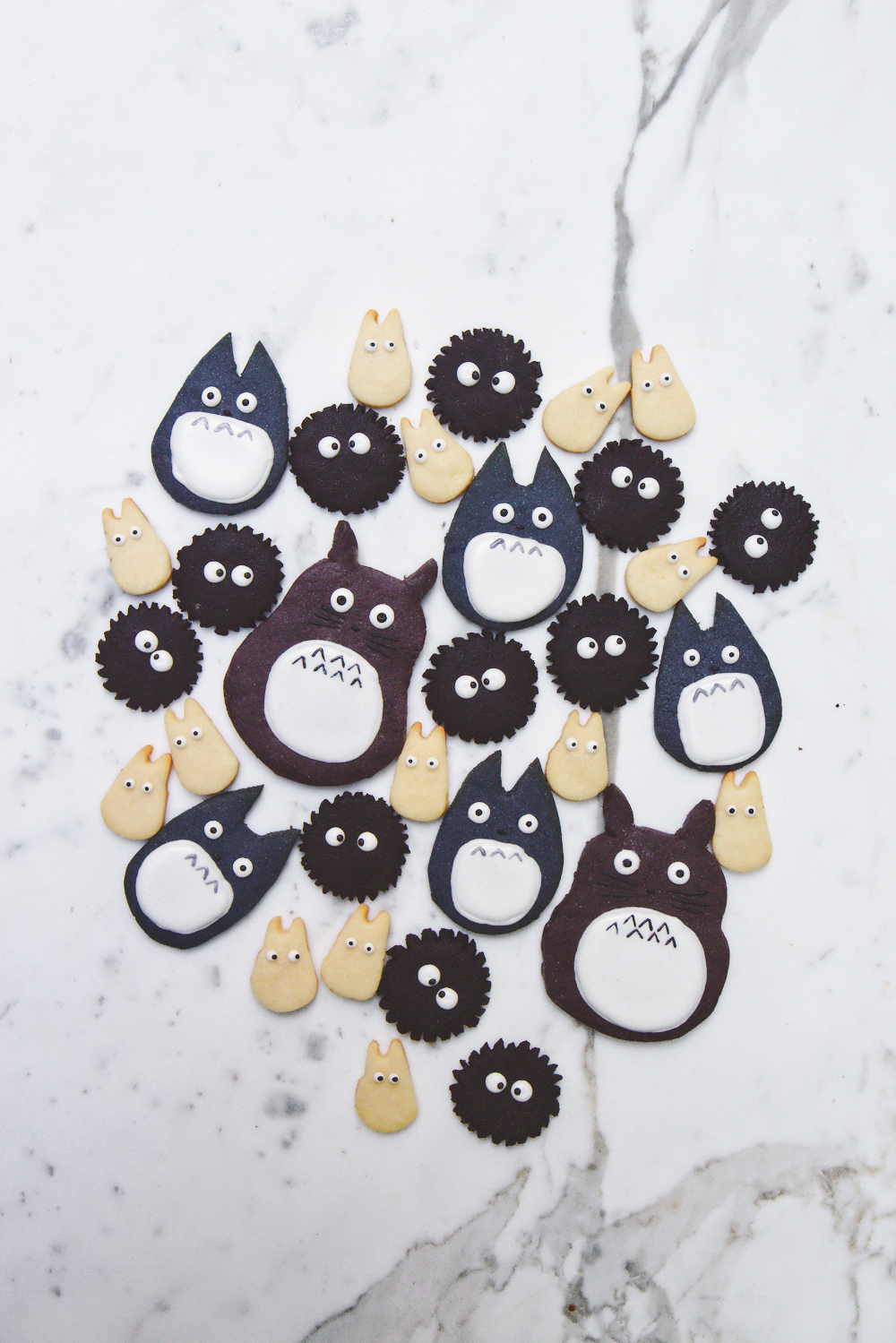 So, this happened.  Too kawaii to pass up!! 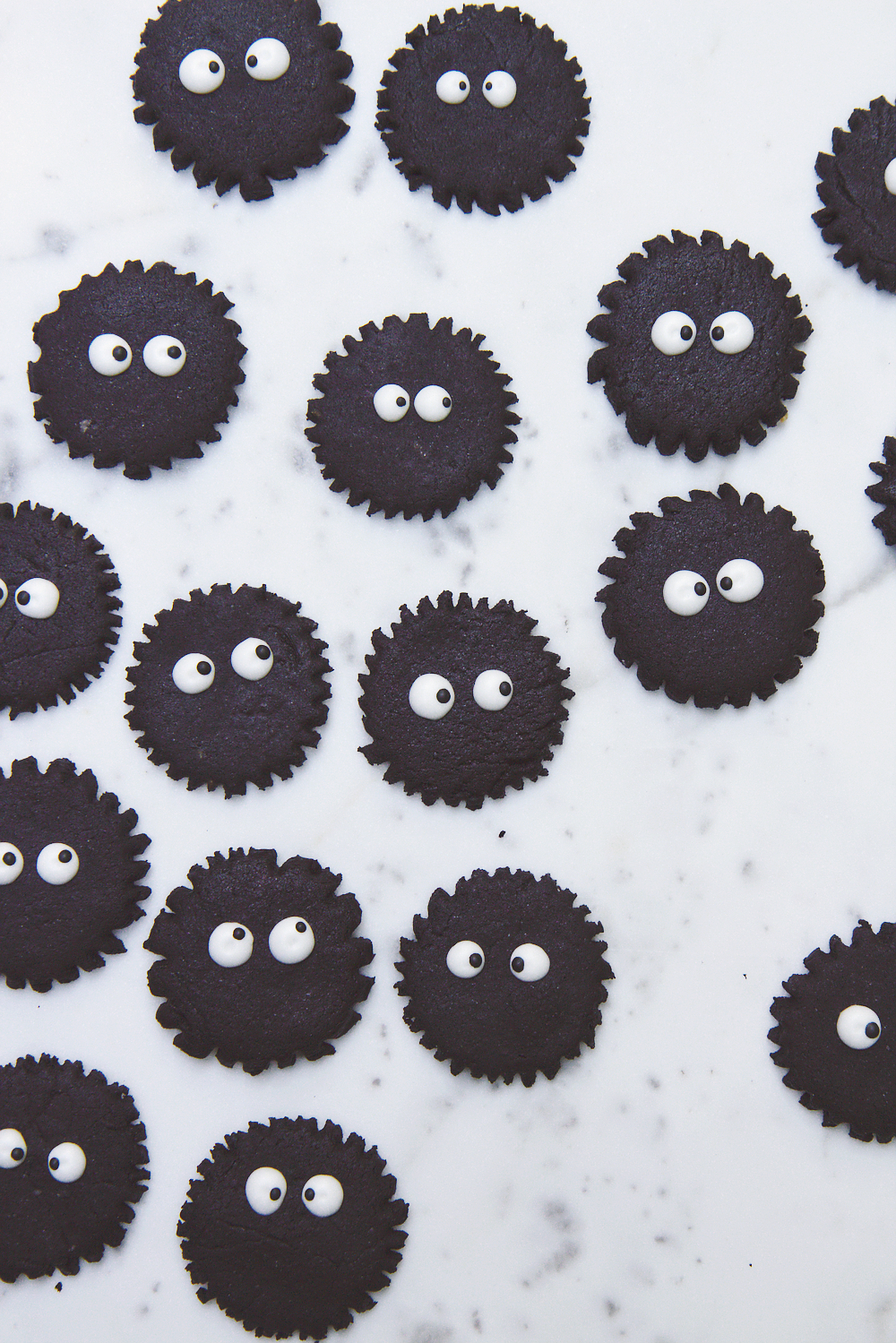 Can you guess what movie I have finally seen, after being shamed into it from friends and family alike?

One of my most distinct memories as a child is going to the old Cinemopolis in downtown Ithaca one fateful evening with my family to see Spirited Away.

My dad says he was surprised how quiet and attentive his children were, seeing that our usual behavior at movies was anything but. I explained to him that I was not fixated out of interest, per se, but silenced and enraptured by cold, petrifying fear.

I was convinced that I was Chichiro… the basic resemblance was there, after all.
What’s more, I was convinced my parents were going to turn into pigs and inadvertently abandon me in the spirit world.

It was utterly, terrifyingly enchanting. 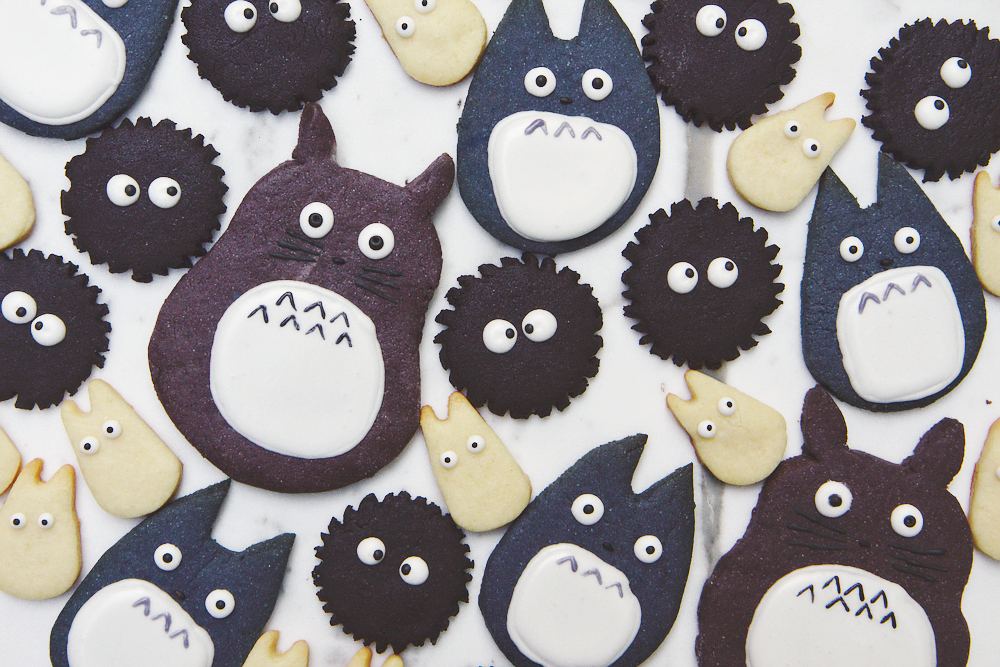 I love Studio Ghibli films, but I haven’t seen near enough.
Next on my list is to revisit Howl’s Moving Castle and finally (finally!) rent and see Princess Mononoke.
(My brothers were downright shocked when I admitted to never having seen Princess M, but to be honest, my entire cinematic knowledge/experience is sorely lacking.)

In honor of having finally (finally!) seen My Neighbor Totoro (how could it possibly have taken me this long?!), I got to work the morning after making these cookies. 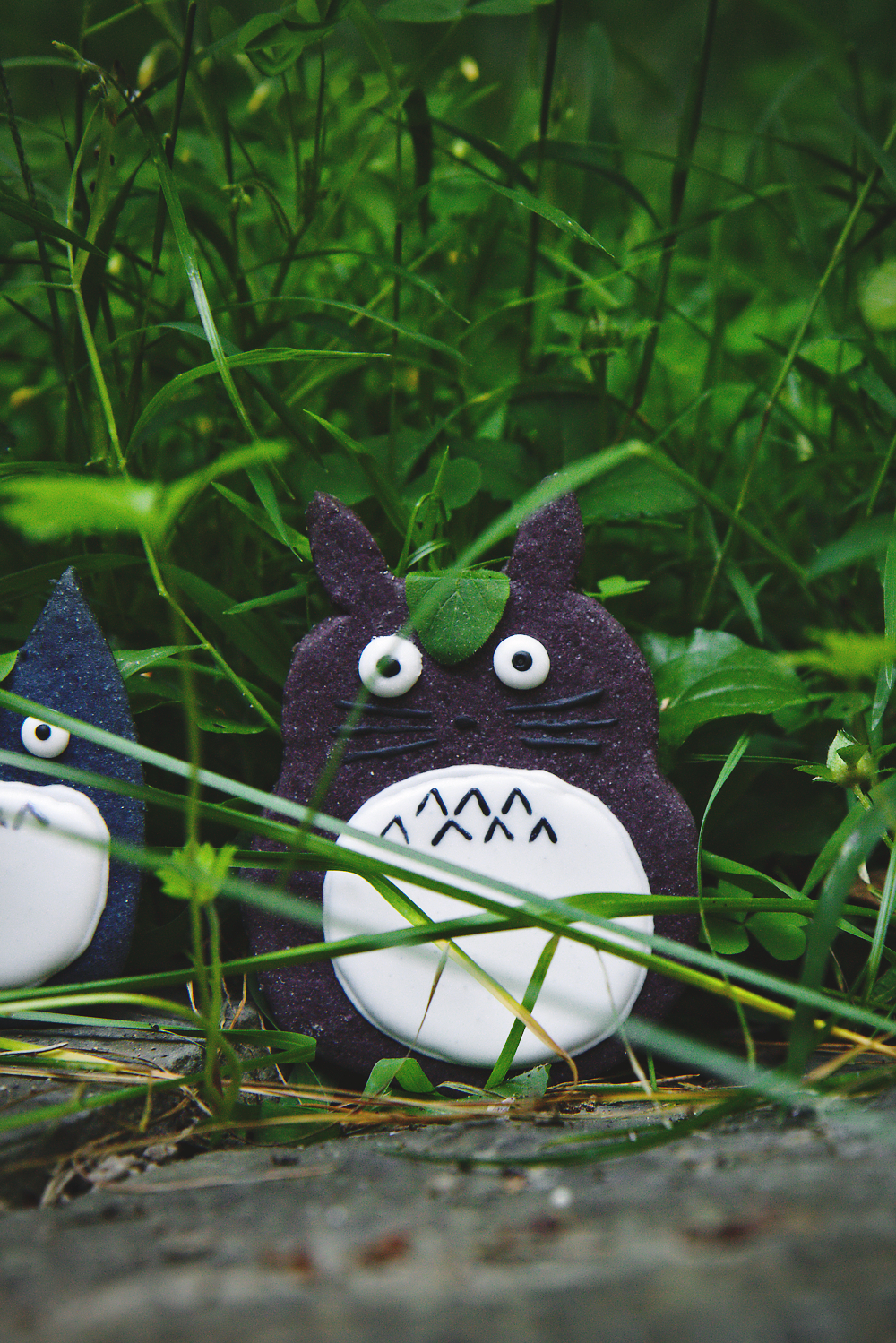 I love these cookies.  They’re so cute!
My favorite part are the tiny little black sesame seed noses on the larger Totoros, and of course, of course, the soot sprites, which are possibly my favorite creatures.

If you’re not familiar with the characters, let me introduce you:
the little black pom poms are soot sprites, or Makkuro Kurosuke, or Susuwatari, harmless little dust bunnies,
the small white creatures are Chibi-Totoro, the medium blue ones are Chuu-Totoro, and the big honking grey ones are Oh-Totoro.

They’re a mish-mash of racoons, owls, and cats, and they also look a bit like bunnies.
Apparently, Totoro comes from the mispronunciation of tororu, or troll, so these cute little bunnies are actually… trolls? 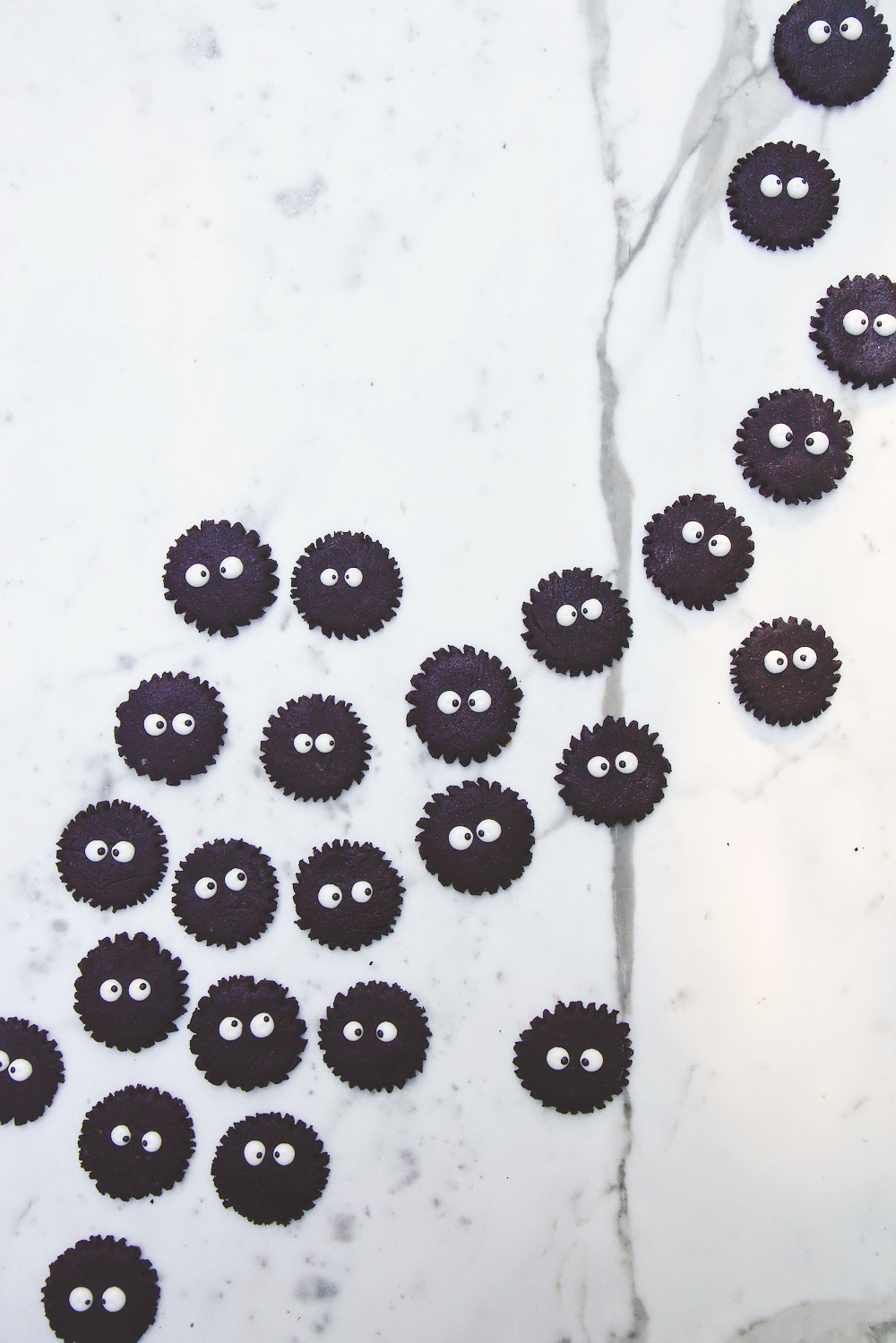 Give the large and medium Totoros black sesame seed noses, and give them all eyes (and some bellies) with this royal icing. 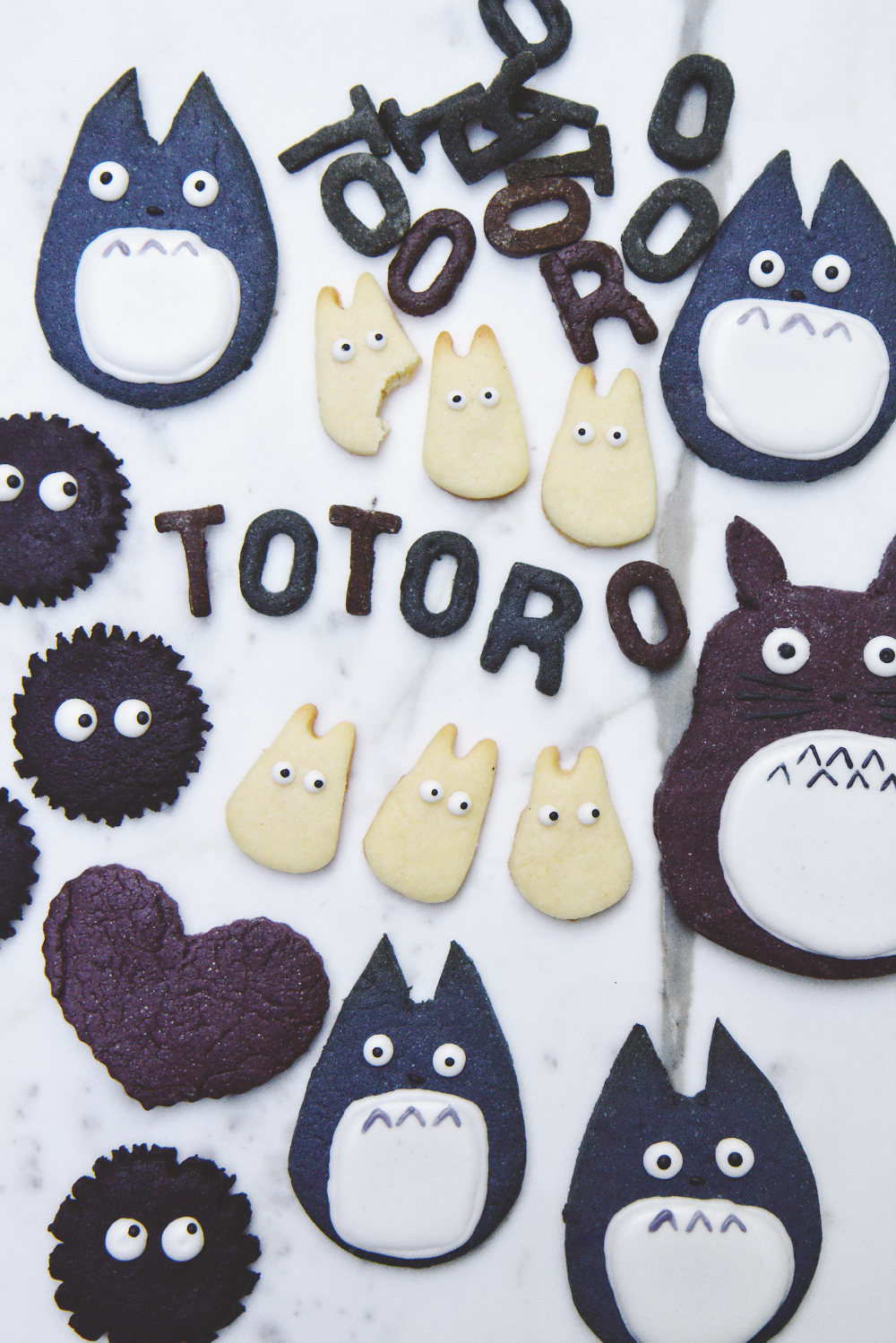